Rolls Royce was founded in 1906 by Henry Royce who was successful in developing the Royce 10HP two years earlier, and Charles Rolls.The partnership led to the first Rolls Royce the 40/50 Silver Ghost.

In 1931 Rolls Royce purchased Bentley who was founded in 1919 by W.O Bentley. The company started as an Airplane rotary engine manufacturer, after World War I, Bentley started building and racing cars and winning the Hours of Le Mans four concoctive years giving the company recognition and fame.

In 1998 Volkswagen purchased Bentley and Rolls Royce only to find out that BMW held the rights to the Rolls Royce name and logo. Between the years 1998 to 2002, BMW supplied V8 for Bentley and V12 for Rolls, after that the company separated where Volkswagen held full ownership of Bentley and BMW of Rolls Royce.

These unique vehicles are no longer supported by one manufacturer, making diagnostic and repair a true challenge.

We at Highline European Motorcars provide Rolls Royce-Bentley service and repair for 1982-2007 model year. In past years we have performed complete restoration and repairs such as engine rebuild transmission, suspension and electrical repair.

Highline European Motorcars is your one stop independent dealer for all your BMW repair and service needs with honest service and fair prices. 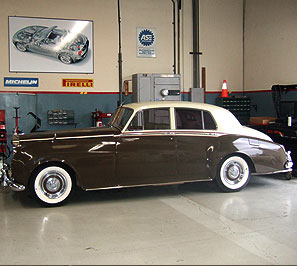 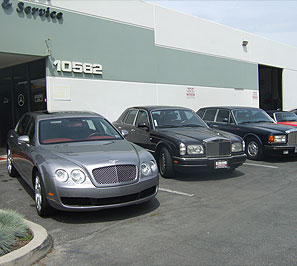 For All Your BMW MERCEDES JAGUAR Needs